Tokyo is a city of many sites and wonders, but for us petrol heads, all of these are outclassed by an attraction most normal people aren’t even aware of, namely Bingo Sports, the supercar dealership that is often referred to as maybe the best in the world. 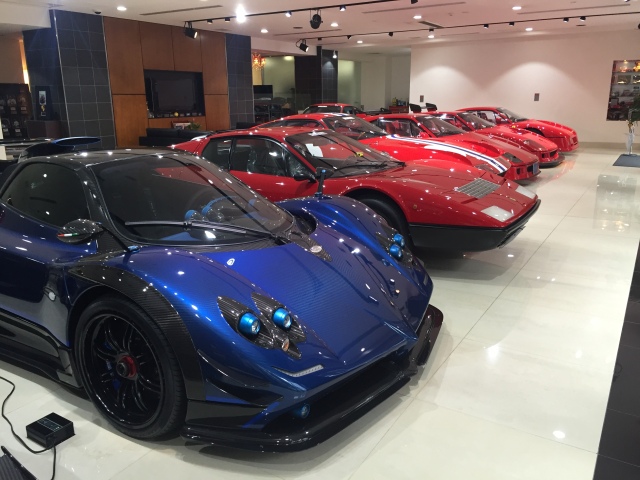 Started 11 years ago and with two showrooms in Tokyo and Nagoya, Bingo specializes in highly exclusive new and historical supercars and is the official representative in Japan for Pagani. As the very friendly salesman told me, the company sells about as many cars each year outside of Japan as in the country and is specialized on finding supercars worldwide on client request. The current stock of about 40 cars split between Tokyo and Nagoya is one of the most exclusive selections you can find anywhere, easily beating a number of car museums! Given this it is amazing how you can just walk into the showroom and how welcome you feel – but then again, this is Tokyo.

The showroom line-up during my visit included; 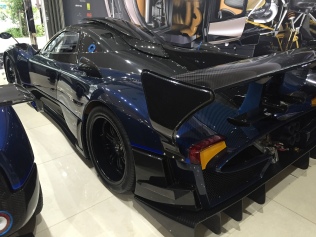 The amazing Pagani Zonda Revolucion, the 800 hp ultimate version of the Zonda released in 2013 and that in 2015 set a new record time for road legal cars on the Nordschleife of an incredible 6.30 mins. Standing in front of this magnificent creation, you first notice the incredible carbon-titanium monocoque thanks to which the car weighs in at only around 1200 kgs. Walking behind it, it is then surprising to see how long the car is, at least half a meter longer than the regular Zonda standing next to it, which in comparison looks almost ordinary. Rarely has standing next to a car been so impressive.

To the right of the “normal” Zonda pictured above is a Ferrari 365BB, of which only 387 were built in 1973, and then one of the showroom’s two Ferrari 365 GTB/4 “Daytona” in Competizione finish. As if that was not enough, the following three cars are among of the most exotic historical Ferraris you can imagine: the Ferrari F40, the last of only twenty F40 LMs that were ever built and finally a 288 GT Evoluzione, a 600 hp group B race car of which only five were built between 1984 and 1986, and the car that was the F40’s predecessor.

All these, as well as Bingo’s other cars, redefine the notion of “mint” condition – they all look completely new (and to be fair, none of them have been extensively driven). As for the prices, it is as the saying was for Rolls Royce back in the days: if you need to ask, you cannot afford it. But looking is free, so if ever you are in Tokyo, whatever you do, don’t miss Bingo! More info can be found here.