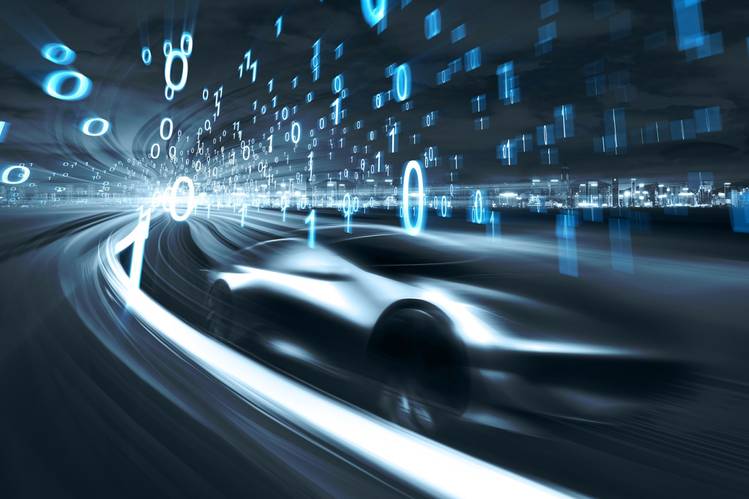 When you write about cars every week and spend a fair amount of time in between thinking about them (which is certainly my case, and given you’re a reader of this blog, may also be yours), it’s sometimes easy to forget the somewhat bigger picture and general trends in the automobile industry. Right now, that bigger picture is changing quite a bit in a variety of ways that will hopefully make our beloved cars better going forward. This week we’ll be looking at some of the major areas of development in this regard and take the two cars that got me thinking about this as examples.

On one hand that’s the grand daddy of luxury limousines in its newest iteration: the Mercedes S-class. It can already be ordered and will be seen on our streets soon. Under a relatively conservatively-styled body, this is a car that takes the luxury automobile concept to a whole new level in terms of technology, as we’ll see further below.

Vastly different to the S-class is the new, all-electric Hummer EV. That’s right, an electric Hummer truck, set to come to market late in 2021. Obviously the truck segment (or pick-ups as we like to call them in Europe) isn’t a big thing on this side of the Atlantic, but it’s the largest market segment in the US where over 3 million new trucks were sold in 2019. None of those were obviously electric, and at present electric cars have less than a 2% overall market share in the US, but that’s precisely what makes it interesting.

The Hummer EV along with Tesla’s Cybertruck and other electrical trucks in planning both from Ford and smaller, relatively unknown brands, bring electrification to the largest car segment in the US. Trucks are not much of a thrill to drive today, but when the Hummer and Cybertruck hit us with their more than 1000 hp and 3 seconds to 100 km/h, that is set to improve dramatically. A truck is not without advantages, notably the space for gear they offer, their towing ability etc. That also means there’s lots of room for battery packs, and the Hummer is said to have a range of 350 miles, the Cybertruck of around 500 miles. I could go on, but you get the message. If electrification is to take off in the US anytime soon, this is the segment where it could well happen. And since many truck drivers still think only golf carts can be electric, it’s significant that it’s Hummer, the most macho brand of them all, that leads the way.

Moving beyond the increasingly electrified engines, let’s have a look at what the new S-class offers in terms of both interior comfort and technology. Starting with the dashboard, it has the same screen-based interior as we’re increasingly seeing in many cars and where Tesla is no longer very special in this regard. Gauge clusters are long gone and the S-class now has a 3-dimensional screen, meaning you see your instruments “in depth”. Mercedes also deals with the fingerprint problem with a new voice command system said to be so good that you practically don’t need to touch anything to access most functions. This is clearly something that will come in other cars before long. It’s probably a good thing, but it supposes you’re willing to have a dialogue with your car. Oh, and I almost forgot: the new Burmester 3-D sound system reflects bass tones through movements in your seat. That’s perhaps not something we’ll see in a Skoda Octavia next year…

Next to the increasingly communicative interior there are nowadays cameras all around, and no doubt they will continue to make inroads into the whole driving experience in the coming years. There’s the practical usage which allows us to replace our rear-view mirrors (both centre and door-mounted) with an always fully visible camera picture. There’s the cameras inside the car that recognize you and automatically sets the car to your profile, as the new S-class does. There’s of course the cameras assisting navigation with augmented reality, meaning you can basically drive looking at the screen in front of you rather than out the window, and that if you still manage to get lost, you should probably consider the train instead. There’s various other features such as 3-D screens and augmented reality head-up displays, both featured in the S-class, and there’s of course the surround cameras which let you admire your car from outside whilst sitting in it. The Hummer EV takes that concept even further with cameras under the car to assist the off-road driving. So cameras all over, enhancing both the comfort and the safety. Some of them will become mandatory, others will remain more nice to have, but we will definitely see even more of them.

Linked to cameras and safety are also the constantly evolving self-driving and self-parking systems. Increasingly these now reach a level where car technology is ahead of legislation in a number of markets and the full self-driving features of cars like the S-class, Teslas and others may not be used in full. There’s still a big question mark around when that will be the case, also since anything other than European harmonization in this regard would be very hard to manage. Be careful what you wish for though as there is a serious danger that when the legislator catches up, that’s also when big brother will take full control of your car – and speed.

The last and to me quite surprising new development worth mentioning is one that has come with increasingly advanced suspension technologies. Many will have seen the “dancing GLE” by now, which thanks to its independent wheels and active suspension can perform a dance with each wheel moving independently. More relevant is no doubt that these systems also give SUV’s and trucks like the Hummer vastly increased terrain capabilities by allowing for individual control of each wheel.

Interestingly, this theme of 4-wheel steering is also picked up by the S-class, which allows a rear axle steering angle of up to 10 degrees against the front wheels up to a speed of 60 km/h, and above it steering in the same direction as the front wheels such as to increase stability. Mercedes claims this notably cuts a car’s turning circle by on average 2 metres and gives the new S-class a smaller circle than a regular A-class. Some of you may remember the 90’s Honda Prelude that introduced 4WS in a mass-produced car. The concept never took off then, and it was obviously a far less advanced technology than what we have today. This time it could be a different story, especially in the segments of bigger sedans, hatchbacks and SUV’s.

So there we are: increasingly electrified and camera-equipped cars that we interact with differently, probably also verbally, and that almost unassisted take us first where we want to go, and then also into that tight parking space. The electrification trend runs in parallel to this and will in increasingly be seen in trucks and other cars, both as full EV’s like the Hummer but also as various hybrid systems, of which the S-class features some. It’s amazing to see how quickly technology has developed in just the last 5-10 years, and it’s fascinating to think of where we may be in another 10!