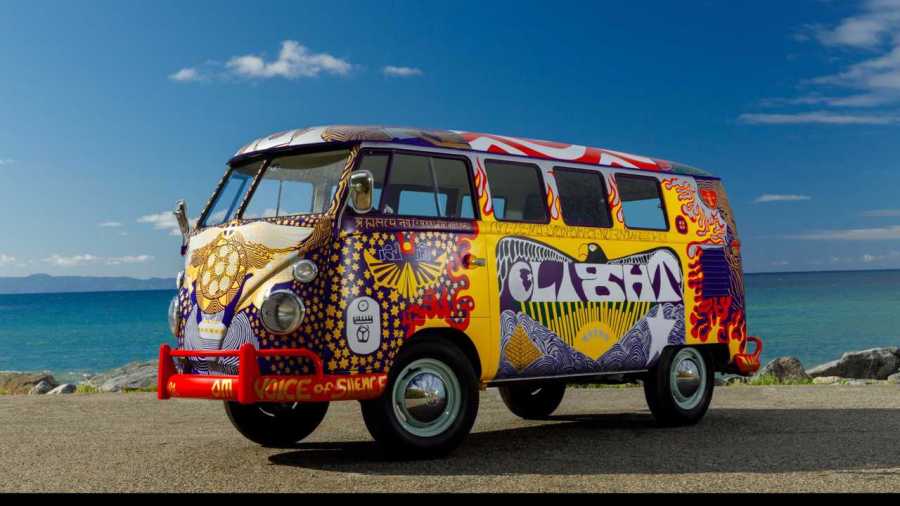 This week is about something every car has and is plain for everyone to see – the paint. Not very exciting you’ll tell me. Far more than you think is my answer! Car paint has far more nuances (pun very intended) than you think, be it between different types and different colours, but also between different manufacturers. The reason I came to think of it was that I recently saw a G63 (yet again…) in solid green – i.e. not metallic. This made me think of a whole lot of other recent cars from mostly German brands that also have solid colours,. Exploring what seems to be a new trend at least for exclusive cars revealed the whole world of car paint to me so for this week, here you go: the definite guide to everything you ever wanted to know (or not) about car paint.

Putting some order in the car paint universe reveals that there are four base types of car paint:

That’s the basics of car paint but far from the whole story. If we start by looking at paint quality, there’s of course a big difference between a modern car manufacturer where it can be assumed that they know how to paint a car properly (you hear that, Tesla?) and where qulity therefore refers mainly to thickness of the paint, i.e. the number of paint coats applied. For classic cars, it’s a completely different and more complex story that’s probably worth a post on its own, so for now we’ll stick to our everyday cars. .

Some of you will know that I have a Range Rover and a BMW 650i in my garage, both 6-7 years old with quite a few km’s on them, and both without a single scratch mark in the paint. This was a very different story with the XC90 that preceeded the Range and the paint of which was extremely sensitive, i.e. thin, with the smallest touch leaving a mark. My wife drives a Mini and had her rear bumper repainted a while ago. Less than six months later, it looks like the old one with mini scratches, although she’s super careful. This is in other words an area where manufacturers can save money, and at least some of them do. If you ever wondered why the metallic paint costs less on a Dacia than on a BMW, here’s the answer (and yes, there may be small “brand premium” added to the price as well…). As a rule of thumb, more expensive cars will of course tend to have more better, meaning thicker and more resistant paint.

Coming back to the solids, you’ve probably also seen that there is a greater variety of them, especially for high-end models, not only the G63 but also for example on Audi RS’s, M5’s etc. There’s no real logic here however, with manufacturers choosing to make a greater variety of colours available for certain, but not all top models. For those where it’s the case, this then sounds like a good option to save some money on a car that is already expensive enough, also since there are really nice solids now. Unfortunately, that’s not quite how it works. Taking Mercedes as example, it’s still only black and white that are non-paying solids. All the other solid colours (and there’s quite a few available on the top models) go under the label “G Manufaktur”, which in this part of Europe means they cost an optional CHF/USD 5.000, roughly three times more than a “standard” metallic paint.

This sounded a bit outrageous so I called the Mercedes garage around the corner and asked for an explanation. They then told me that the “G Manufaktur” line has much more layers than a conventional solid, is produced in a whole different process and hereby offers both a deeper shine and more resistance. The same obviously goes for other manufacturers as well and explains the quite hefty extra 3.000-5.000 you to pay for them. Some will also offer the ceramic mica colours described above, which will also tend to be more expensive than metallic colours. That in turn explains why these are usually only available for the most expensive models. It’s obviously up to everyone whether it’s worth the money, but unless you’re part of the car-cleaning tribe and keep your automobile nice and shiny, you’re not going to enjoy the benefits.

In summary, there aren’t really any surprises – you get what you pay for, and the more expensive your car is, the more types and colour options you will typically have. A couple of points are however worth remembering. Firstly, the mica green that may look awfully cool right now may be less so in a couple of years. As mentioned we’ve been in a trend of matte colours the last years, but it seems to be fading and it’s uncertain how well it will stand the test of time. If resale value is of any concern to you, make sure you choose a colour that isn’t one you (and everyone else) will be tired of next year. As a rule of thumb, grey and black metallic are the colours which typically command the highest resale values. Silver will work as well, and for some cars, red and white. That nice, solid, multi-layered green however, will probably have far less candidates than the standard black or grey metallic, which from this perspective are the safest bets.

Before matte colours were widely available, cars tended to be foiled in matte. This is a nice alternative if you’re unsure about your colour or if you want one that is less standard, given the foiling can be removed at any time and thus has the additional benefit of protecting the paint benath it. It’s the same story here, you get what you pay for, but I dare say that if you consider a solid colour in the price range of 3.000-5.000, a really good foiling is a clear alternative. Today foiling can be done in any colour and type you can imagine, and the price will usually depend on the size of your car. So if you’ve always dreamed of a gold 911, this is probably the best alternative. As for me, I’m continuing to dream of the first car paint that is resistant to dirt – that would be a true revolution!